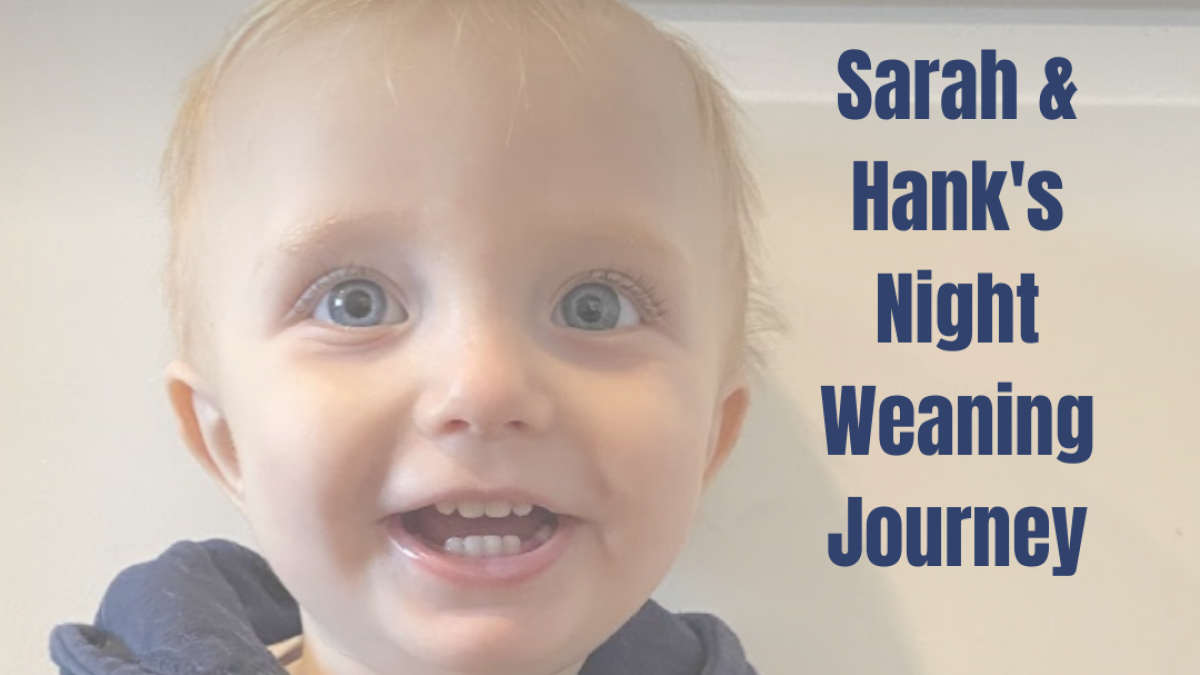 Deciding to reduce or eliminate nursing or bottle feeding throughout the night with your little one is a decision that should be very personal. The motivation behind this decision is incredibly important to acknowledge and reflect upon. Unfortunately, many parents experience pressure from others to night wean as early as six months (we feel strongly night weaning should begin 9-12 months or later) which often leads them to make this decision for reasons that do not instinctually feel right to them. When the decision does not feel right to us, it becomes difficult to lead our child through this change confidently. Being a confident leader is a very important aspect of this change.

Sarah has decided that the time has come to begin the night weaning journey with Hank (18 months). Part of our mission at My Connected Motherhood is to normalize infant and toddler sleep and one way that we find this is done best, is by sharing our own experiences with you.

To start, Sarah will be sharing what patterns her and Hank are currently experiencing, her motivation behind this decision, as well as the preparation she has done to begin this transition. Our goal is for you to be able to check back in here for updates so that you can experience a real life example of how we put some of our strategies into place. Stay tuned and thanks for being here with us!

Disclaimer: This journey will look different for everyone. This is one example. Sarah is a mom of 3 and a sleep and well-being specialist which of course will have some influence in her journey. The purpose of this blog is to give you a general overview of the process. If you want or need more guidance, we LOVE chatting through this in consults and it is also covered in depth in our Baby Sleep Course! This process is not linear, Sarah will provide updates as often as possible or as necessary to paint a picture of the journey!